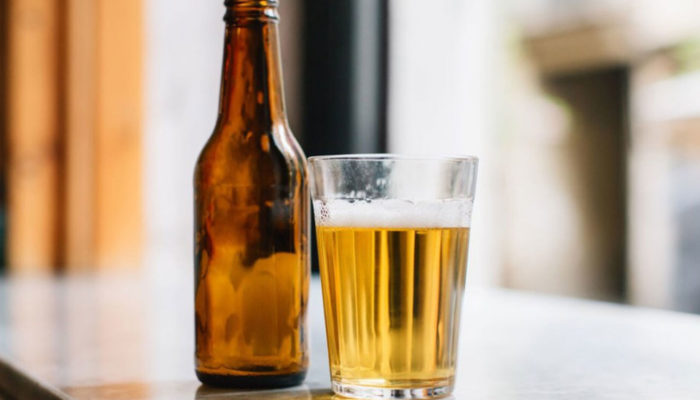 The start of my drinking

My drinking “career” started around 18 years of age. Sneaking a beer here or there. Went to those highschool parties where a group bought a keg of beer and charged you $5 a plastic cup. I think the idea was that the organizers of the party would make a profit after they bought the keg of beer. This is mainly what happened in the towns around where  I lived in the South Suburbs of Chicago. It was the only way that highschool kids like us got access to alcohol.

This one party that I went to, was kind of odd. It was a party that took place in a blood bank. They put the keg in the blood banks freezer. It may have been around Halloween, not sure. That was an interesting party. One of the party organizers worked there, and had keys to the place. It was mainly a depot or a building with a large, walk in freezer or cooler. They put the kegs of beer on the boxes of blood units.

I do enjoy enjoy a cold brew mainly. I never got into hard alcohol that much. I never drank whisky, I have had rum, and vodka. I had tequila once. I did not like tequila. If I do drink shots, I do like Jägermeister. Ice cold. I will drink that, its an acquired taste, dunno. I am of German lineage so beer and Jägermeister are a good combination for me. Maybe just two shots of Jägermeister per setting.

When I got to college, I did drink. There was always beer in the refrigerator. We used to drink this lousy beer from Wisconsin called Huber Beer. Very cheap, 1960’s looking label, came in a cardboard and wooden case of 24 bottles. You would actually get maybe $1.50 back if you brought the bottles and case back to the store. After college, I am more of a beer snob. I never drink Budweiser, or any domestic swill beer. It has to be a beer with a good body etc. But not dark beer or any IPAs.

The bar or pub environment

I don’t get out much, but normally Ill try and find a bar or pub near my home. Yes, I do have a few beers and drive, but I am a bit over weight and the alcohol does not effect me that much. Also I don’t drink a lot at the bar. I do find the bar or pub environment a pleasant environment.  Normally I don’t talk too much, just to the bartender. Two main rules about talking at a bar or topics to talk about. Never talk about religion or politics. Those are two subjects you do not want to talk about. Talk about sports, your girlfriend, your wife, whatever. Never talk about religion or politics. Two hot topics to avoid. I learned my lessons.

I don’t drink every day or not on two consecutive days. I had a “portion control” problem with alcohol for a few years, many years ago as a result, my dad pounded it into my head not to make it a routine. So I do watch myself with it. My one cousin has been a rampant alcoholic. It cost him his job, his wife, his house, his finances, and now his health. However he was drinking every day, large amounts of dunno whisky? Some hard alcohol. I am sure he has jaundice and cirrhosis of the liver. Because of my cousin’s drinking, he now lives in an retirement home that has access to a medical staff. He has an issue with addiction. It’s sad.

The evils of alcohol

My dad does not want that for me. I understand this. Addiction is no joke. I have often drank alcohol to “take the edge off” or to “numb myself”. But like my dad says to me, “Chris, you will have the same problems once you sober up”. I am hoping that my love and passion for photography will keep me away from alcohol, and doing creative hobbies. I personally feel that every person should have a constructive hobby. Creative, or otherwise. Me, I enjoy building things, or digital photography, web design, graphic design, etc… Or even a photography road trip out West. So I just keep an eye on my consumption of alcohol. I think many people should. Its and easy trap to get into.

Thank God I am a Democrat

They are not patriots